Colonel Ramrao Deorao Palsokar was born at Palso near Akola. Little is known about his early days except that the Palsokars (who took their name from their village) were not well off financially. After his early schooling at Akot, he studied in Akola and later obtained a B.Sc. Degree from Nagpur University having studied in King Edward College at Umraoti (now Vidarbha Mahavidyalaya, Amravati). During his college days he was a member of the University Training Corps (UTC) which was a precursor of today’s National Cadet Corps (NCC).
The Second World War was raging at that time and the British Indian Army was in dire need of officers. He was selected and after training at the Indian Military Academy, Dehradun he was commissioned in 1944. Immediately he was inducted into Burma where he saw action. In early 1945 he was taken prisoner by the Japanese and made a daring escape for which he was awarded the Military Cross. After the war was over, he chose to stay on in the Army and after independence saw action in Kashmir in the 1947-48 and the 1965 wars as well as service in Nagaland. He retired in 1969 he had acquired a reputation as a military historian and a writer.
After retirement he took to writing as a full-time occupation, he also started writing Regimental histories. In the process he acquired a wide-ranging knowledge of Indian military matters and history. Till the end of his life he was always busy in writing in late 1997, his last book the regimental history of the Sikh Light Infantry was ready and published posthumously. He also write a book on life of Tipu Sultan. 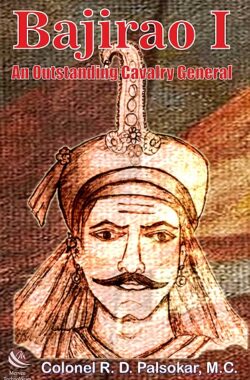 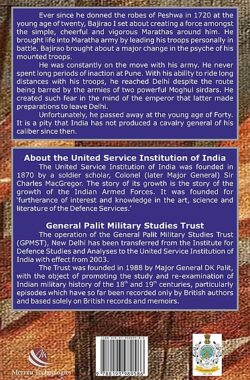 Bajirao I An Outstanding Cavalry General

Military history of the Bajirao Peshwa from 1720 to 1740 is narrated in this Bajirao I An Outstanding Cavalry General book by author Col. R.D. Palsokar. This is an account of the Peshwa Bajirao First. The book has 352 pages and 28 maps with the narrative. The book has 14 chapters. Book also have Epilogue, bibliography and an index. Overall to understand battles of First Bajirao Peshwe and his strategies as Cavalry General, this book is useful. 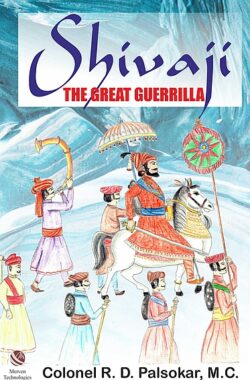 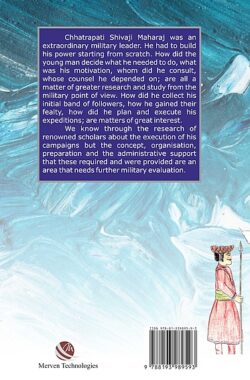