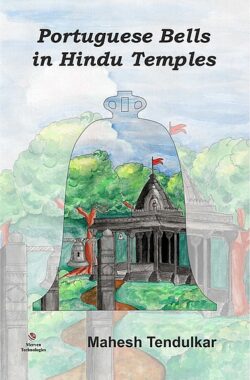 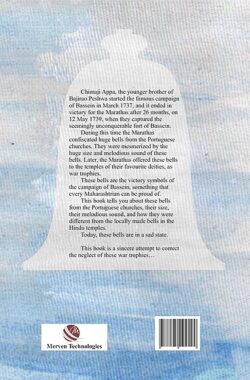 Chimaji Appa, the younger brother of Bajirao Peshwa started the famous Vasai battle in March 1737, and it ended in victory for the Marathas after 26 months, on 12 May 1739, when they captured the seemingly unconquerable fort of Bassein.
During this time the Marathas confiscated huge bells from the Portuguese churches. They were mesmerized by the huge size and melodious sound of these bells. Later, the Marathas offered these bells to the temples of their favourite deities, as war trophies.
Author Mahesh Tendulkar in this Portuguese Bells In Hindu Temples book tells you about these bells from the Portuguese churches, their size, their melodious sound, and how they were different from the locally made bells in the Hindu temples.